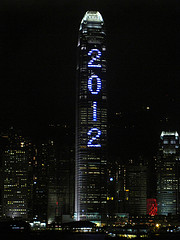 2011 is behind us and what an eventful year it was for beer. What will we see in 2012? Who the hell knows, but I’m going to give my predictions nonetheless.

What am I sure about?

I’m sure we are about to hit a major milestone. Take a look at the graphics below and tell me what it is.