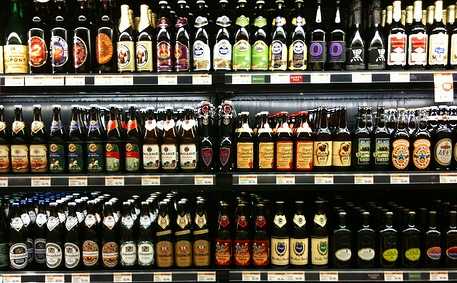 You scour the beer aisles looking for the next bright shiny object. A limited release whiskey barrel aged imperial stout. A collaborative barley wine from 5 different breweries. A Rauchbier made from the smoke of the Icelandic volcano.

With the craft beer market exploding, it’s easy to become distracted as brewers fight to keep our attention with these whimsical brews.

But let’s not forget the great beers that are right under our noses. These year-round brews are often overshadowed by the hyped-up extreme offerings. You always see them on the shelf, but by now you don’t even notice them. They’ve become part of the background as your eyes dart to something new.

Let’s recognize some of these dependable soldiers. Here are 20 great beers that we take for granted:

I’ll leave #20 to the readers. What beer do you think should take the final spot?